With its nice design, excellent gaming performance and the best features, Xbox One S is really an impressive gaming console. 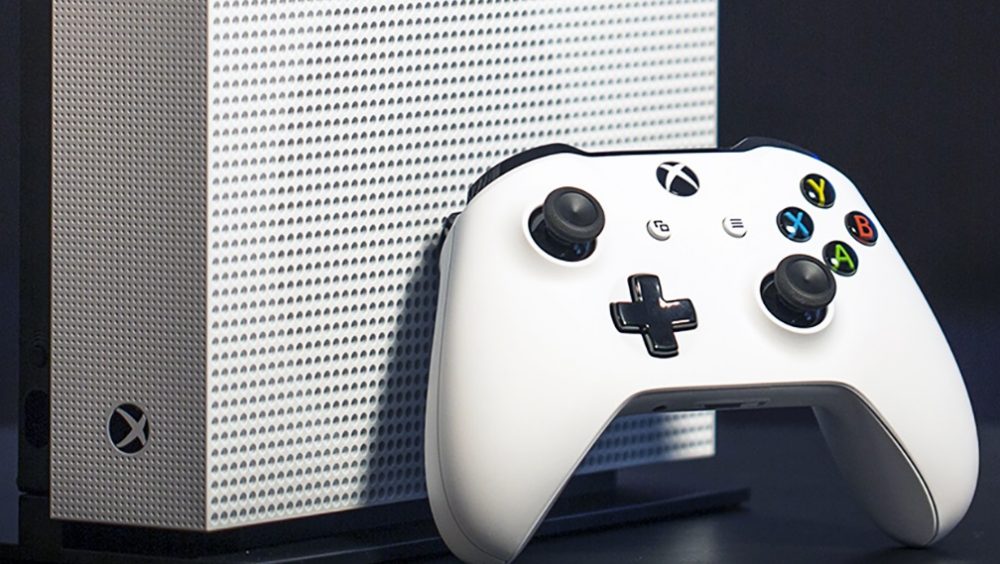 Of the best products developed by Microsoft, the Xbox One S is most prominent one, that delivers outstanding gaming performance and amazing design. Though it was released three years ago, it still is master of all the gaming consoles available in the market.

Welcome to Gaming Expert’s official Xbox One S review. Even though Microsoft has introduced two console with similar design and display, (Xbos One S and Ons X) Xbox One S is still the most appealing and versatile gaming console that we have ever come across. Besides the console is listed in one of the best gaming console in our list.

What is the Xbox One S?

Released in 2013, the Xbox One was then upgraded to a new Version called Xbox One S. The console may look like Xbox One, but don’t be fooled by its similar design, it is much more than that. This is far better in specs, prettier in design and improved in performance. than its previous versions. Besides, with addition of features like 4K and HDR, you can now observe an obvious difference in graphics of videos and gaming.

Though it lacks features such as high power boost, it still is the most promising and appealing console that offers the best UHD Blu-ray player in an affordable price. The good thing about Xbox One S and One X is that both consoles offer 4K Blue-rays which is really a big advantage for those who play games as well as stream UDH movies on their consoles.

A major shift has been seen in the design of One S with improved look. In its first look is actually a console with compact design that is nearly 40% slimmer than the previous designs. But it is a little bit bulkier bigger than PS4, which, probably, is due to its additional features.

The good thing is that you don’t need an additional space for the power supply as the power supply has now been integrated with the console. This will help you to squeeze the space, and let other gadgets to manage properly.

The touch enabled power button has been changed to the traditional physical button. The reason to revert back to the previous button is to avoid accidental click. On its front side you will notice, formerly hidden, controller-pairing button and a USB port.

The controller looks amazing as it is a brilliant blend of Xbox One Elite’s controller and Xbos One pad. While it is more comfortable and ergonomic than other controllers, it feels superb due to its textured grip.

The grip gives extra advantage when you are in the battlefield and need high precision and accuracy. This is where you will love the controllers as there will be a little chance of dying when you are in danger and need the quick response from your controllers. I was surprised by its response while playing Froza Horizon 4 especially when i was about to crash my vehicle.

The thumbsticks are built with durable material that can endure multiple strikes. The controller takes a little power and needs rechargeable AA batteries to work. Sadly, the batteries don’t last longer than expected and you will have to plug-in the controllers frequently. However, the good thing is that now Microsoft offers Bluetooth feature to the controllers.

In terms of specifications and connectivity options the Xbox One S comes with similar specs as the Xbos One. Equipped with HDMI 2.0 input and Output ports, IR out, two USB ports, an Ethernet port and an optical audio output.

In both Xbox One S and One X the extinct Kinect ports has been removed, while the IR blaster port has been installed which is the perfect addition to enhance the multimedia capabilities of One S. The feature helps to turn on the IR enabled multimedia devices like TV and amplifiers by using IR blaster.

As far as storage capacity is concerned the Xbox One S is much better than One X, PS4 Pro and Nintendo Switch. The console comes with whopping 2TB storage capacity which means you will be able to store nearly 50 AAA high quality games that take 40GB – 50GB space. However, it comes at a higher price tag than other options of low storage capacity like 500Gb or 1TB which are available at an affordable price.

See: The Best RTX 2060 graphics cards for the next level gaming.

The console automatically detects a 4K TV which means while booting the One S for the first time the system will ask to configure the 4K display. This one time settings will then notify you if the 4K TV is connected.

Next question arises whether your 4K TV is compatible HDR10 video and the refresh rate of 30Hz, 50Hz, 60Hz or 144Hz. If it is exactly at 60Hz the console will offer the best video and gaming performance with sharp images and better colors variation. On the other there will be less difference on monitors with low refresh rate.

The good thing is that you can enjoy playing games in 4K display. The display is not exactly the 4K as the console can play only FHD 1080p, it however, upscales the native gaming display upto fours times that feels like 4K display.

By upscaling, it not only enhances pixels to make sharper images, but also improved edges and removes blurs that further enhances the overall image performance. Besides you can let the 4K TV automatically upscale the 1080p feed which was quite amazing experience when we tried it.

You may also like: The best gaming monitors for immersive gaming.

If you have a decent 4K TV, plug in the One S console and you will be impressed to see the noticeable difference in display. So, what more do you want from a console? However, the difference between the performance of gaming display of Xbox One S and Xbox One is not noticeable unless you stream UHD video output on One S and this is where it outperforms.

As far as Blu-ray player is concerned the Xbox One S is superb. While comparing the two best UHD Blu-ray players Panasonic DMP-UB900 and Samsung UBD-K8500, in which each player costs nearly $500, the Xboe One S is really a blessing in disguise. So, instead of buying a separate UHD Blu-ray player, you can satisfactorily rely on this affordable option that costs just $350.

Not only price is comparatively better than other UHD Blu-ray players, the performance too is appreciable in every aspect. If you simply look at the load time, you will be really happy to see the nice quality pictures, with maximum clarity and rich details produced by One S.

In addition, the console offers higher dynamic range. That is to say you will experience the best color distribution, optimum brightness, and contrast ratio while playing videos or movies using the UHD Blu-ray player. These difference would be enough to make the home-cinema picture quality.

Sadly, the 4K Blu-ray player of Xboe One S is that it lacks support for Dolby Atoms audio. This is a bigger downside for those who want to connect their home theater audio to the One S. The good thing, however, is that the One X supports this feature. So, If you urgently need this feature you may go for Xbox One X rather than opting for One S. Overall the UHD Blu-ray player is the finest addition to the console.

Is Xbox One S worth the money?

If you do not have the original Xbox One, i bet the One S is far better option for you to choose from. The features are amazing and performance is extraordinary and the design is impressive. This is where Xbox One S excels. Similar to the new model Xbox One X, this model, too, is a futuristic console that delivers for what it promises. HDR gaming, 4K upscaled display and UHD Blu-ray player are features that make the Xbox One S the worth buying console.

While comparing One S with its competitor PS4 Pro, the former is at a clear advantage due to its UHD Blu-ray player. Now it is your personal preference of what you go for. In my point of view the One S is the best gaming console available in the market that you can buy.

Of the best products developed by Microsoft, the Xbox One S is most prominent one, that delivers outstanding gaming performance and amazing design. Though it was released three years ago, it still is master of all the gaming consoles available in the market.

The Xbox One S is really the worth buying console which offers everything that a console lover would love to have. With a nice design, excellent gaming performance and the best features, it is really an impressive console available in the market.

3 thoughts on “Xbox One S review – A Worth Buying Console”