Razer Viper Mini is an excellent gaming mouse for people with smaller hands and available in an affordable price.

Best equipped for persons with smaller hands the Razer Viper Mini is a sturdy gaming mouse that offers impressive performance in an affordable price tag.

Welcome to the Razer Viper Mini Review by GamingExpert. Last year, Razer made an impressive leap forward achievement by launching an impressive and new gaming mouse, the Razer Viper. Though the mouse faced tough competition from SteelSeries as both companies launched new mice one after the other, the Viper proved it worth by achieving its place to be the fastest gaming mouse.

Besides, the mouse featured high-end sensors and optical switches making it one of the most impressive mice available in the market. Then, Razer took another milestone when it announced to release a lightweight and small gaming mouse that would be suitable for people with smaller hands, and here we have the Razer Viper Mini.

Razer Viper Mini’s both weight and price have been reduced to a large extent. In terms of weight the mouse has lost a lot of weight by offering 61 grams, and in terms of price the mouse is pretty much affordable that is priced as low as $40 that price is half of the original Viper’s price. Rests of the features are almost the same as offered by Viper, that we will discuss one by one in detail.

The gaming enthusiasts might remember the features of Razer Viper and Viper Ultimate. The Viper Mini is actually a perfect amalgamation of both these mice and comes in a compact design. Equipped with a matte plastic casing the mouse has an ambidextrous design.

For reducing weight the sides have been trimmed that makes a natural grip for both hands. Previously the original Viper had RGB pattern on palm; on the other hand the Viper Ultimate had this pattern on its bottom. This is where Viper Mini resembles Ultimate’s pattern that spreads RGB lighting from bottom to sides that makes an amazing environment.

Though the Viper Mini is a gaming mouse made for people with small hands, its size is still equal to an average laptop mouse which means, you shouldn’t expect much from its size. When compared with original Razer Viper, the Viper Mini’s size has been reduced to nearly half-an-inch in the middle, and just a few cuts in the bottom that makes a half-an-inch reduction in overall size similar to Logitech’s G305.

Physically, a lot has been changed in Viper Mini. The thumb button previously available in Viper has been removed. Besides, for the sake of greater convenience and comfort, the DPI buttons, too, have been moved between mouse buttons. To make the design compact and small Razer has shorten the cable length to six feet and cut down the total buttons count to six. Another change that we found is that the company has removed the rubber grips which now make the mouse slippery.

Though certain things have been removed, a few features have also been mimicked from Viper Ultimate’s design and the most prominent one is the pure PTFE glide feet that helps to improve the speed of the mouse on gaming mouse pad’s surface in longer gaming sessions.

In its casing the mouse is equipped with a Razer Optical Sensor that features somewhat much lower specs than the Viper Ultimate. The maximum DPI can be maximized at 8500 instead of 20,000 in Viper Ultimate. Its maximum acceleration speed can be reached at 35G and the tracking speed is 300 inches per second.

The switches have been improved in this mouse and are similar to the mechanical switches. Sadly, Razer has shortened the switches’ lifespan to 50 million clicks which was previously 70 million. As it is small and lightweight gaming mouse, it also lacks certain necessary features like MotionSync.

The Razer Viper Mini features Razer Synapse, that is amazing and most user friendly. The software lets you customize the DPI settings from 100 to 8500 and cycles between five preset settings that you can use from DPI buttons. The only downside is that these five stages of cycle can be adjusted by using one button. This issue can be resolved by customizing thumb buttons to increase or decrease the DPI, or activate windows shortcuts.

Another good thing is that the Viper Mini offers a profile to customize gaming experience. The profile enables you adjust the settings without running the software in the background. Besides, similar to other Razer gaming mice the Viper Mini offers customization of RGB lighting effect, and there are six different customization presets that you can select according to your personal preference.

For palm-grippers this gaming mouse might need you to get used to it, but for hybrid grippers like palm and claw grippers, this mouse may be a nice choice as it was in our case. For palm grippers, they may find their middle and side fingers dragging along the mouse due to its small size, On the other hand the claw grippers would find it perfect in their hands. This perfect grip will be sufficient to improve comfort and as a result overall performance.

As the Optical switches have been upgraded to Mechanical type in Razer Viper Mini, they give a tactile feel with a slightly higher pitched click. For their activation, the switches are equipped with a ray of light that makes these switches lasting. The Viper Mini lacks physical contact and with its electrical pause feature the mouse is able to recognize button presses without any delay and prevents mis-clicks. But this lack of physical contact and electrical pause feature creates an issue in double click. The good thing, however, is that mouse offers response time of as low as 0.2 milliseconds.

The mechanical switches are quite fast and perform impressively in fast gaming experience. When you are using your weapon in the battlefield or racing against your competitor, the switches will respond to every click you press. The Mini will offer everything you expect from an ultimate responsive gaming mouse. Even more than that, you will not need a mouse bungee while using this mouse.

Another thing worth mentioning in Razer Mini is its size and weight that offers as much comfort as the best gaming mouse. There won’t be an issue of its stability or imprecision due to its flexible cables, lightweight casing and 100% PTFE glide feet, and we were quite confident in using it during long gaming sessions.

Though the mouse has limited specs, it doesn’t mean limited in performance as the Mini has proved its worth and gave excellent performance in every game we played using this mouse. Due to its smooth movement you will not need to increase its DPI settings beyond 3500, which means you still have a lot of perfection in sensitivity and precision for your gaming.

Other than a few drawbacks, nothing worse have we found in Viper Mini. The name may suggest it as a mini gaming mouse, yet the performance is beyond satisfaction level and you won’t feel regret after buying this mouse. The real difference you may observe will be in real time gaming and this is where it excels.

Hello Guys..! Mathew Bradford Here, A proud member of GamingExpert Team . I love playing games with new gaming gadgets. Our team is here to help you find the best gaming products, reviews of videos games and to help you decide which one is best for your. You can contact me if you need further assistance.

It definitely suits my hand of 18 x 9 cm, surprisingly i can claw-grip it. So if you use claw-grip or fingertip, you are fine. Definitely worth it! My previous mouse is the rival 310.

Thanks Augustine Loke for your valuable feedbck.

This site uses Akismet to reduce spam. Learn how your comment data is processed. 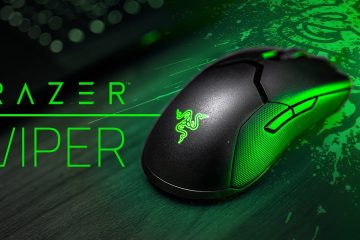 OUR VERDICT Built for performance and efficiency the Razer Viper (Priced at $79.99) is the best gaming mouse for both left and right hand gamers and offers perfect claw and fingertip grips, albeit not the Read more… 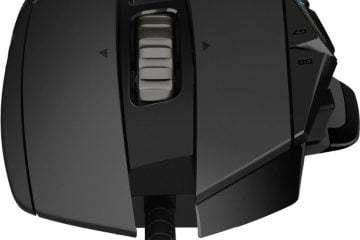 Every gamer loves Logotech’s peripherals. Not because they just look fine, but because they have outstanding performance, appealing design and built with durable material. Every new gaming gadget, whether it is gaming keyboard, mouse or Read more… 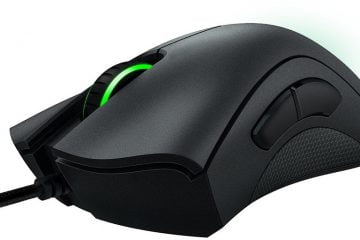