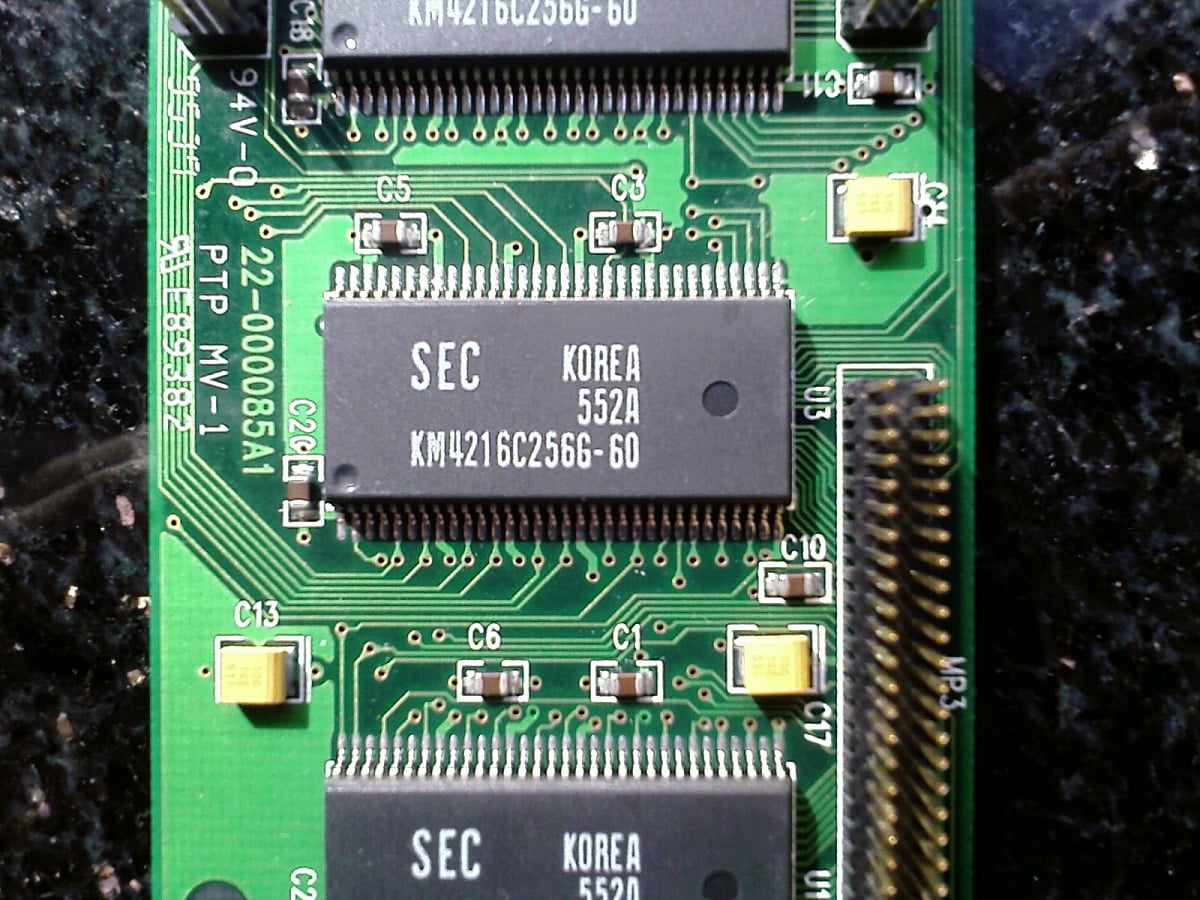 Graphics card plays a vital role in the gaming PC and is one of the most sought after part when building a gaming machine. But due to lots of information and availability of the latest upgrades, it becomes difficult to choose the right card for gaming needs.

The main concern of every Normal to premium gaming GPU is its VRAM, and it is discussed in the gaming community and forums very frequently. So, questions arise about how much VRAM do i need for gaming PC. Selecting VRAM is not a straightforward process, and it involves some complications because it totally depends on individual factors and the VRAM.

Keeping in mind these questions, we will give a closer look at VRAM in this article. We will discuss its effect on gaming, what is VRAM, and what is the technology behind the VRAM. These questions paired with a ton of other useful information will let you decided the right amount of VRAM and will help you to decide on GPU purchase without any confusion easily.

Let’s dig into this and get you straight to the main content.

Most of the gamers are familiar with the VRAM and its functions for gaming needs. As it is an essentials thing for modern gaming, and every gamer comes to the point when he realizes the importance of VRAM. Why is VRAM one of the main component which must be kept in mind while purchasing a GPU? Let’s begin with its functions. It operates the same as PC RAM. Like standard memory, its function is to store information inside it to get it quickly when needed at any time.

But how important is VRAM for gaming if we already have RAM? Well, its answer is quite simple and straightforward. If computer stores data in VRAM, it will run more efficiently to gain access to information quickly. Information transfer will be fast as it will not have to travel from different components to get to GPU. While if the computer uses the data stored in the RAM, then it will have to travel from RAM to GPU while travelling from other components.

One drawback or limitation of VRAM is its upgradability. Its upgrades do not work like we have seen on normal RAM in the PC. We plug out and plug in new RAM to upgrade in PC while VRAM does not support this. It comes built-in with the GPU. It becomes clear from the above discussion that VRAM only upgrades with upgrading the GPU. In this case, if you need an upgrade in VRAM and need more of it, then the best possible situation is to buy a new Graphics card. The most important ones are as follows.

How Does VRAM Improves PC’s Performance?

VRAM is very different from system memory when it comes to functioning and performance. System memory affects PC performance as it is used for most applications and processes. At the same time, VRAM only answer requests regarding PC graphics and gaming needs. It comes into play during high demanding, or graphics tasks are running.

We will be discussing three main areas and give an in-depth look at where VRAM makes a more significant difference in PC performance.

How Does VRAM affect Resolution?

VRAM is, undoubtedly, the main component that affects the Resolution, especially high Resolution. It is a component that helps the GPU to render the individual pixels physically. Rendering the pixels when using screen resolution requires graphics card VRAM as more the demand of the Resolution greater will be demand on VRAM of the graphics card. So, more access to data is needed when operating at higher-resolution as compared to the lower ones.

We have broken down the screen resolution and number of pixels they display in the below comparison.

So it clears about screen resolution and VRAM relations of GPU. A high-end graphics card with lots of VRAM needs to run smoothly on 4k resolution, which is only supported in the latest cards.

If you still think about the link between gaming and VRAM, you must be wondering if all of the games utilize it or just some titles use it? Well, our answer is yes, games utilize VRAM. It all depends on either the game is resource-demanding or not.

Games like CS:GO, Fortnight, others are not intensive on resources and do not require a high memory on VRAM. While playing games with high graphics demands like Red Dead Redemption 2, Shadow of Tomb Raider, Destiny 2 requires much more VRAM.

The reason for more VRAM consumption of these games is due to high definition landscapes, dense scenery, and much better animations. So, it gets clear from this that the games utilize VRAM according to their requirements. More the graphics intensive games more will be the utilization of the VRAM.

As we already discussed, the VRAM role in graphics and resolution. We also covered how high-intensity games use more VRAM. But there is a question still pending how much VRAM needs for overall excellent graphics and how gaming graphics you are purchasing will affect VRAM requirements.

It is simple that more the high-resolution games you play, the more will be the need for a high-end GPU as more information needs to process when using high-resolution games, and it increases pressure on the GPU. Higher the frame rate per second higher the requirement of VRAM. However, it is not the only feature that affects gaming performance.

Sometimes other factors also play an essential role in running the PC at a smooth performance. The high game setting increases pressure on VRAM and GPU and may cause a low frame rate. In such a case lowering the game setting stabilizes the frame rates as they do not take much of the VRAM to run.

OTHER FACTORS THAT AFFECT VRAM REQUIREMENTS

Here is the list of factors that affect the VRAM requirements. It is useful when buying a GPU and selecting the right amount of VRAM.

Game mods are third party modifications that are done in the game to add specific features to it. Most of the time, game mods add more content or higher resolution animation to the games. This addition ultimately increases the demands of graphics and puts a load on VRAM. The addition of detailed texture results in higher demands of GPU memory to process it. So, if you are a fan of game mods, you might need to consider buying a card that supports them.

Anti-Aliasing refers to the method that smoothens the edges and irregular ends of the objects in the game. It sometimes reduces them to the extent that they do not give average graphics or eliminates them. Anti-Aliasing requires more pixels to do its work ultimately, which increase the consumption of memory.

Game setting plays an essential role in the consumption of the GPU VRAM. GPU performance is directly related to the type of game setting. Tweaking the game setting helps in the optimization of the GPU use. Taking this to the simpler version, we can say that the more the graphics setting, the more GPU use will be used. In comparison, the low setting for game graphics results in the lower consumption of VRAM and ultimately put low pressure on GPU.

Most of the gamers upgrade their gaming machine regularly. But with improving GPU technology, they are getting out of hands for most of the gamers. In this case, gamers with older setups or having moderate GPU needs to lower the game settings. Lower settings ultimately turn off or reduce the Anti-Aliasing and result in inferior graphics with lower resolutions. Greater the VRAM in the GPU, more options like texture quality, Anti-Aliasing, and details are available at a higher level.

Higher gaming performance is not dependant solely on the amount of video memory available in a GPU. Several other factors affect the performance, but the main factor is GPU itself. An entry-level GPU cannot run heavier VRAMs and is limited to 2 GB of video memory.

GPUs with medium performance have 3-6 GB of video memory while high-end GPU supports 8 GB of VRAM to get them to the desired performance.

In everyday routine, the issue in GPU and VRAM is annoying. Lags and memory issues are more common that is faced by gamers once in a while. We are highlighting common fixes of these issues and guide you through it.

If you run into the situation of lag or poor memory, then use the following fix.

How Much VRAM Do You Need?

The most frequently asked question regarding VRAM is how much VRAM is enough for the particular gaming needs level. Well, we already cleared out much confusion related to the functions and selection of the VRAM. The selection of video memory for gaming depends on several factors, especially the gaming you play.

Keeping that in mind, we have developed simple criteria that ultimately let you decide the amount of VRAM require.

General guidelines regarding selecting the VRAM are cited above, and resolution plays the main role in this selection. Most of the time, VRAM selection depends solely on the games you play. Some games require very high graphics to work properly, and some games are not resource-intensive. Other main criteria are the screen resolution of the gaming PC you are using.

That’s all about the detailed review on VRAM, its importance in a gaming PC, and how much of it is enough for different users. Like we explained earlier, it comes down to the personal choice about the selection of the VRAM. It is not a very difficult item to decide and buy. But at the same time, it is confusing to purchase it sometimes.

Mainly these things must be kept in mind before making the final decision regarding VRAM purchase.

The above detail is all you need regarding VRAM selection. Feel free to contact us in the comment box if you are still figuring out the VRAM selection. Also, if you need any other help, let us know.

This site uses Akismet to reduce spam. Learn how your comment data is processed.